Python is a powerful general-purpose programming language. It is used in web development, data science, Machine Learning applications, creating software prototypes, and so on. Fortunately for beginners, Python has simple easy-to-use syntax. This makes Python an excellent language to learn to program for beginners. Python is a cross-platform programming language, which means that it can run on multiple platforms like Windows, macOS, Linux, and has even been ported to the Java and .NET virtual machines. It is an open source, object-oriented, high-level powerful programming language. If you come from a language like Java you will be able to feel at home.

Even though most of today’s Linux and Mac have Python pre-installed in it, the version might be out-of-date. So, it is always a good idea to install the most current version. 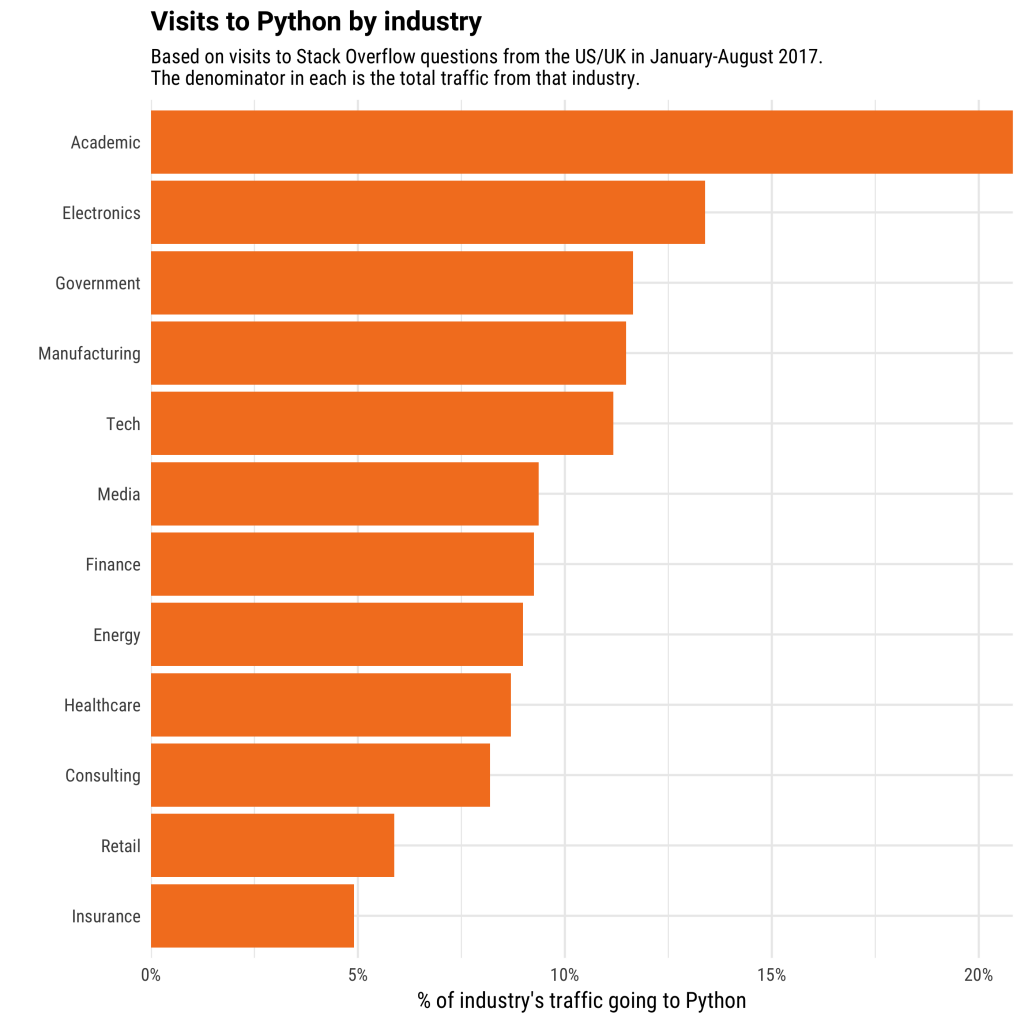 As you can see above, it is so much easier to get started with python than any other language like Java, C++, etc.

Why should you learn python?

python and programming in general – is in such high demand because it is useful in just about every industry. Python is used by companies in recruiting, healthcare, financial services, marketing, education and many more.

Python is great for quick prototyping, hence is used extensively by startups to build their first minimum viable product (MVP). It is also highly scalable for medium to big applications.

Companies that use python

Given Python’s uses across many industries and applications – and its recent explosive use in data science, machine learning and AI, Python is on a major growth trajectory. Stackoverflow.com shows Python as the fastest growing major programming language by a long-shot, by analyzing the number of visitors vs. questions about a certain topic. 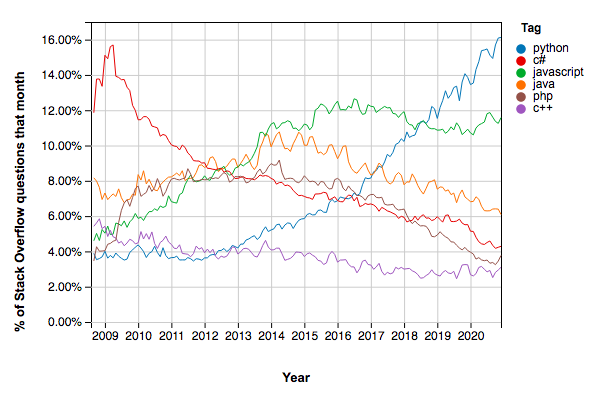 Python is in high demand for jobs

Going hand-in-hand with lightning speed growth, Python programming is in high demand for jobs. Based on the number of job postings on one of the largest job search platforms, LinkedIn.com, Python ranks #2 in the most in-demand programming languages of 2020.

Python is easy to read, write, and learn

Python was built with the goal of getting rid of the complex and keeping only the necessary. Because of this, Python is easier to read, write, and learn than most other major programming languages.

Other languages like Java and C++ have some kind of a steep set up for a simple program to run. Python has a simple and easy way to get you set up and start coding in a matter of a few seconds.

Python is also an interpreted programming language. This means that unlike compiled languages like C++ or Java, you can run each line of code as soon as you finish writing it and see the results immediately. This is especially great for new programmers because you can get instantaneous feedback instead of waiting for the whole program to compile and run before you figure out that you forgot one character somewhere! 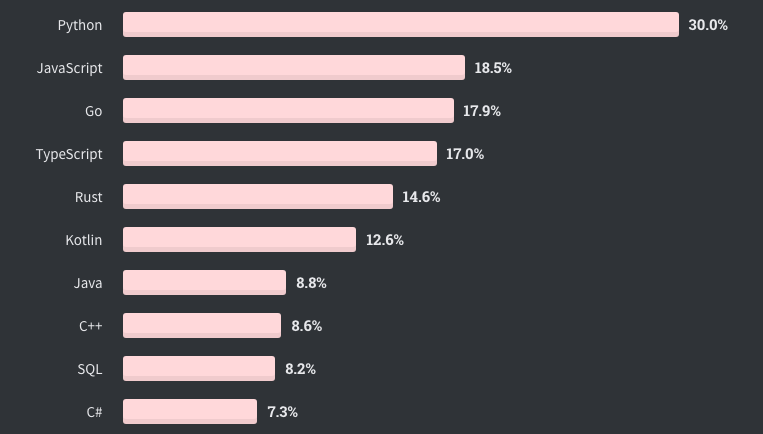 Python developers are some of the highest paid developers in the market, particularly in data science, machine learning and web development.

Python has a great community

One of the greatest tools a programmer will ever have is the support of their community. Thanks to online forums, local meet-ups, and the open source community, programmers continue to learn from and build on the success of their predecessors.

Stack Overflow is a programming question and answer platform critical for all developers when they are stuck, or wanting to share wisdom with the community. On Stack Overflow, Python is tagged in more than one million questions, demonstrating incredibly robust and active community for current and aspiring Python developers. GitHub is where developers store project code and collaborate with other developers. With over 1.5M repositories on GitHub and over 90,000 users committing or creating issues in these repositories, Python has the second largest GitHub community. 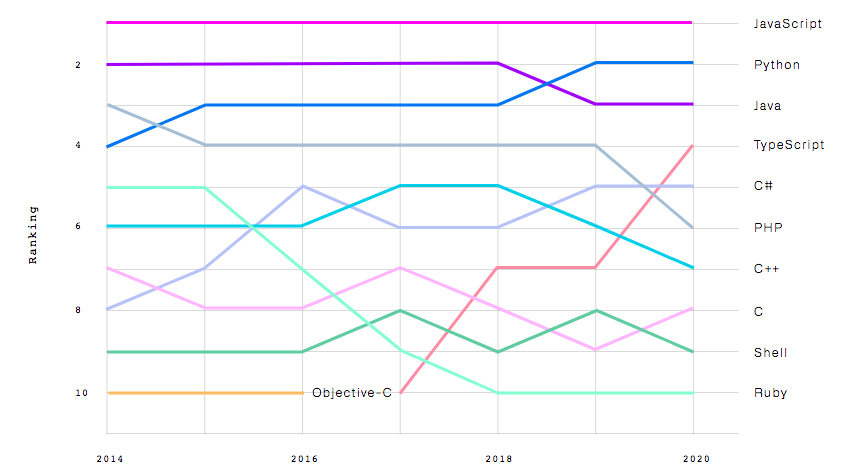