Computer random access memory (RAM) is one of the most important components in determining your system’s performance. RAM gives applications a place to store and access data on a short-term basis. It stores the information your computer is actively using so that it can be accessed quickly.

The more programs your system is running, the more you’ll need RAM. The speed and performance of your system directly correlate to the amount of RAM you have installed. If your system has too little RAM, it can be slow and sluggish. 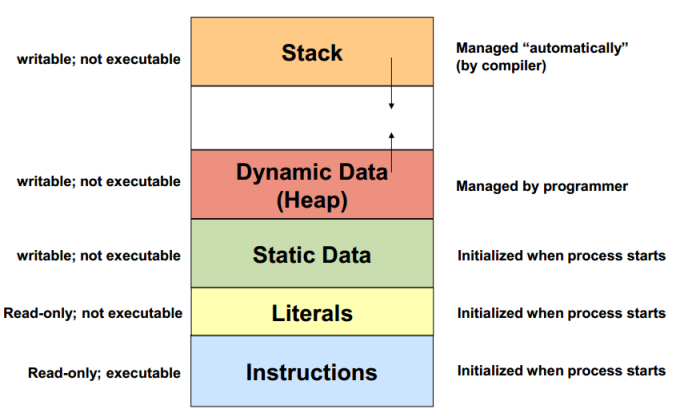 Memory in a computer is just a sequential set of “buckets” that can contain numbers, characters, or boolean values. By using several buckets in a row, we get arrays. By giving names to a set of contiguous buckets, we get a “structure”. But at its core, a computer memory is a very simple list of numbers. Everything else must be built up upon this. 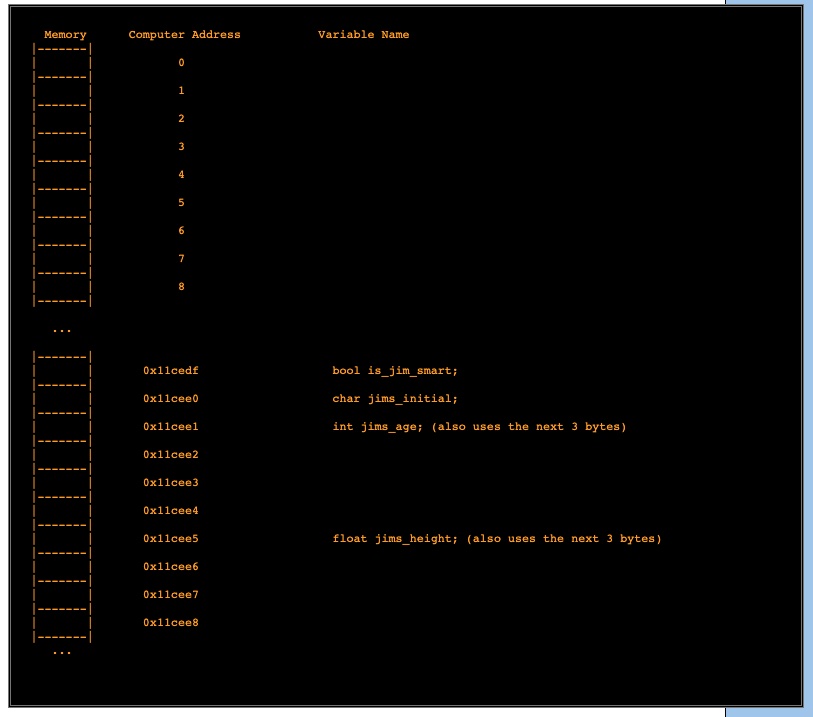 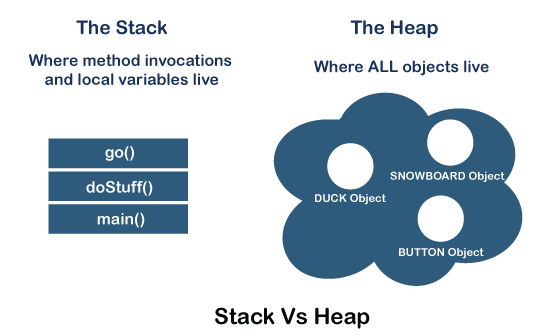 What is a Stack?

A stack is a special area of computer’s memory which stores temporary variables created by a function. In stack, variables are declared, stored and initialized during runtime.

It is a temporary storage memory. When the computing task is complete, the memory of the variable will be automatically erased. The stack section mostly contains methods, local variable, and reference variables.

The stack is a LIFO (Last-In-First-Out) data structure. You can view it as a box of perfectly fitted books — the last book you place is the first one you take out. By using this structure, the program can easily manage all its operations and scopes by using two simple operations: push and pop.

These two do exactly the opposite of each other. Push inserts the value to the top of the stack. Pop takes the top value from it.

To keep track of the current memory place, there is a special processor register called Stack Pointer. Every time you need to save something — like a variable or the return address from a function — it pushes and moves the stack pointer up. Every time you exit from a function, it pops everything from the stack pointer until the saved return address from the function. It’s simple! 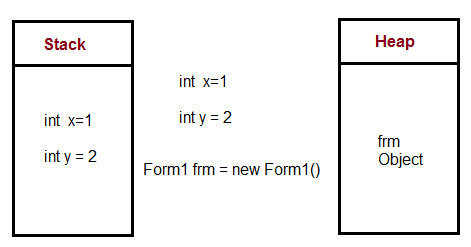 What is a Heap?

The heap is a memory used by programming languages to store global variables. By default, all global variable are stored in heap memory space. It supports Dynamic memory allocation.

Heap is created when the JVM starts up and used by the application as long as the application runs. It stores objects and JRE classes. Whenever we create objects it occupies space in the heap memory while the reference of that object creates in the stack. It does not follow any order like the stack. It dynamically handles the memory blocks. It means, we need not to handle the memory manually.

For managing the memory automatically, Java provides the garbage collector that deletes the objects which are no longer being used. Memory allocated to heap lives until any one event, either program terminated or memory free does not occur. The elements are globally accessible in the application. It is a common memory space shared with all the threads. If the heap space is full, it throws the java.lang.OutOfMemoryError.

Differences between Stack and Heap