A trie (also known as a digital tree) and sometimes even radix tree or prefix tree (as they can be searched by prefixes), is an ordered tree structure, which takes advantage of the keys that it stores – usually strings. A node’s position in the tree defines the key with which that node is associated, which makes tries different in comparison to binary search trees, in which a node stores a key that corresponds only to that node.

In a trie, every node (except the root node) stores one character or a digit. By traversing the trie down from the root node to a particular node n, a common prefix of characters or digits can be formed which is shared by other branches of the trie as well.

By traversing up the trie from a leaf node to the root node, a String or a sequence of digits can be formed. 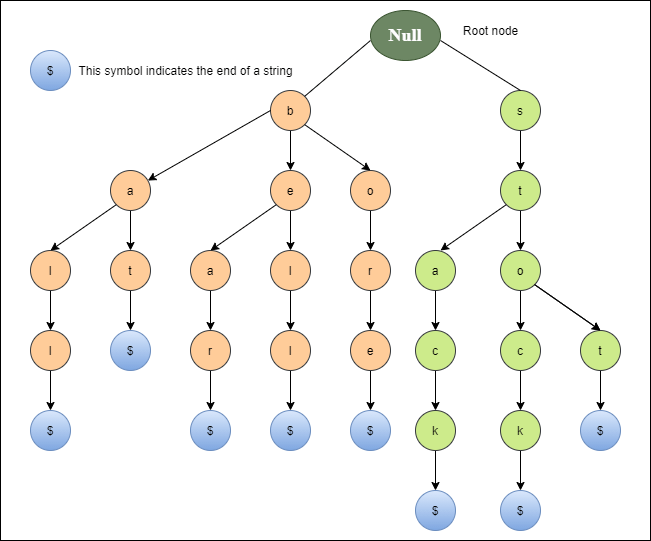