Queue is an ordered list in which insertions are done at one end (back) and deletions are done at other end (front). The first element to be inserted is the first one to be deleted. Hence, it is called First in First out (FIFO) or Last in Last out (LILO) list.

In general, a queue is a line of people or things waiting to be served in sequential order starting at the beginning of the line or sequence. 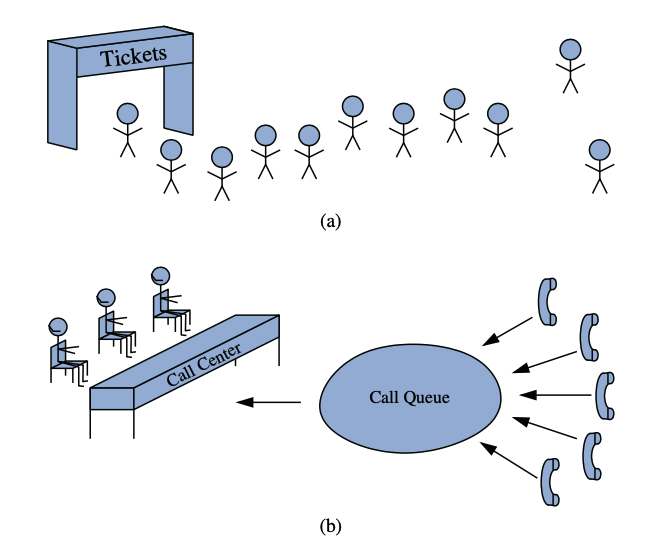 Queue, as the name suggests is used whenever we need to manage any group of objects in an order in which the first one coming in, also gets out first while the others wait for their turn, like in the following scenarios:

Just like Stack, in case of a Queue too, we know exactly, on which position new element will be added and from where an element will be removed, hence both these operations requires a single step. 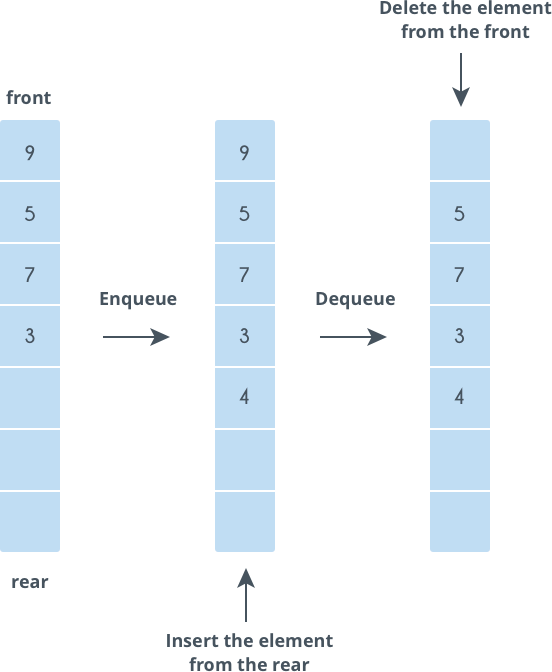